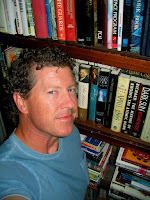 One-on-One with Mr. Laugh Riot, Greg Beesch (www.thepoisonpen.net), author of The Poison Pen, self-described man of "twisted steel and sex appeal", dis-ser of all things 'traditional publishing model', and creator of a most 'impeccable' ;) role model for boys ( and girls ) ages 15 to 115. And a holler to all you kids in the UK! Swap your Enid Blyton's and your Mallory Towers and dig into some Americana Boarding School lore instead! Buy it at Amazon.com, Booksurge.com, and Alibris.com.
Questions for the author? Email: Info@writersstudioworkshops.com
Q: Could you give us something in the way of a bio?
A: Born a Taurus. I’m 42, 5’10”, 175 pounds of twisted steel and sex appeal, my eyes are blue and of such a vivid intensity that women swoon. I have curly brown hair which is a little long right now, not of Kramer-esque or manfro levels but getting into the Mike Brady of Brady Bunch fame season 3 level. I live in Arizona, I’m married to a spectacular woman and I have two daughters.
Q: Is your first book?
A: First book, yes. First piece of fiction I’ve written since I had to write an essay for a college admissions application back in high school.
Q: How would you describe it?
A: The single greatest book about teen sedition ever written, absolutely a classic among any genre that includes the descriptor ‘boarding school’, most definitely highly entertaining, of a certainty a total laugh riot, highly probably a vacation or beach reading essential, really just an infinitely enjoyable escapist faerie tale.
Q: Sedition and subversive behavior are main themes in your book, why?
A: They go part and parcel of the teen experience, especially for a boy, especially coming of age in America. Sedition and subversive behavior are key human traits when confronted by tyranny of any kind, that is, not just governmentally sponsored tyranny. The United States has a fine tradition, both before and especially after its creation, of its citizenry writing for the purpose of good old fashion mayhem.

Q: Is your book appropriate for, let’s say, a 15 or 16 year old?
A: I would say yes. It does have some profanity, but let’s face it, nothing that a 13 or 14 year old hasn’t heard at school. There is no sex, though there is a lot of teen romance, and almost no violence although the main character breaks just about every school and social rule there is, but, of course, in a very funny way.

Q: Alright, since it was your first novel, was it a difficult process writing it?
A: No, not at all, like falling off a bike when you’re bombed out of your gourd on home vinted strawberry wine. One of the funniest and easiest endeavors I’ve ever attempted and it made me a much much better typist, which is always a bonus.
Q: Let’s continue on. What qualifications do you have as a writer?
A: Qualifications? I have a B.A. in Political Science and an MBA from Arizona State University and 20 years of work experience writing some of the most sublime memos, proposals, business plans, emails, and miscellaneous missives since the invention of the written word, kid you NOT.

Q: Yes, well, most people who are writers have a degree in literature, maybe and MFA, a list of previous writing.
A: Oh, so by qualifications you mean an arbitrary set of criteria determined by as small group of lower order life forms?

Q: Most people would not put an MBA as a criteria for qualification for writing a novel.
A: Of course, because analytical rigor is as foreign to the publishing industry as . . . well, an analogy of appropriate magnitude eludes me at the moment. The publishing industry mystifies the process, you know, ‘Pay no attention to the man behind the curtain’, to the detriment of book sales and reading in general in the United States.

Q: What writers have been influential?
A: P.G. Wodehouse, first and foremost. I think that despite the sheer volume of his works he is almost completely unknown in the mainstream US, which is kind of funny since he invented the character of Jeeves, the butler, and that reference is known but not Wodehouse himself.

Q: Others?
A: Old school influences would be Evelyn Waugh, Ambrose Bierce, and Mark Twain. More modern would be Hunter Thompson, Tom Wolfe, Philip Caputo off the top of my pointy head.

Q: When you first describe The Poison Pen to me you said, ‘If Wodehouse rewrote Prep and made sedition the theme, that would be The Poison Pen’. So Prep was an influence also?
A: Oh yeah, I read Prep about nine months after reading Old School. I was in the Newark airport and saw it at a book kiosk, I bought it and spent the entire plane ride (four hours) reading it. When I landed back in Phoenix I wanted to sit in the car in the parking garage and finish it.

Q: What about it-
A: I related to the setting, that is, boarding school. I related to the emotional travails of the main character, Lee Fiora, that is, the self consciousness, the doubt, you know, all the teen turmoil, but as much as I loved the character I hated the plot, well, really the last 30 pages. I mean, I was depressed when I finished it, I wanted more for her, I wanted some triumph
Q: You decided to self-publish, why?
A: Going about the process of getting the book publish, that is, researching agents and publishing houses, reviewing submission procedures and forms, writing and submitting query letters, I came to realize that from a business process perspective the publishing industry was broken. To put it quite simply, there was an enormous entrenched bureaucracy in between me, as the author of a book, and the buying consumer. I saw no reason why I should buy into what I recognized as a broken business model (see my website www.thepoisonpen.net). SoI tossed out any idea of going through an agent or publishing house and once freed of that artificial constraint and then examining the numerous technological options I decided I would self publish.
Q: Where is the book available?
A: Through Amazon.com, Booksurge.com, and Alibris.com

Q: And what is your website again?
A: Absolutely, http://www.thepoisonpen.net/, the greatest book website in existence. Questions for the author? Email: Info@writersstudioworkshops.com 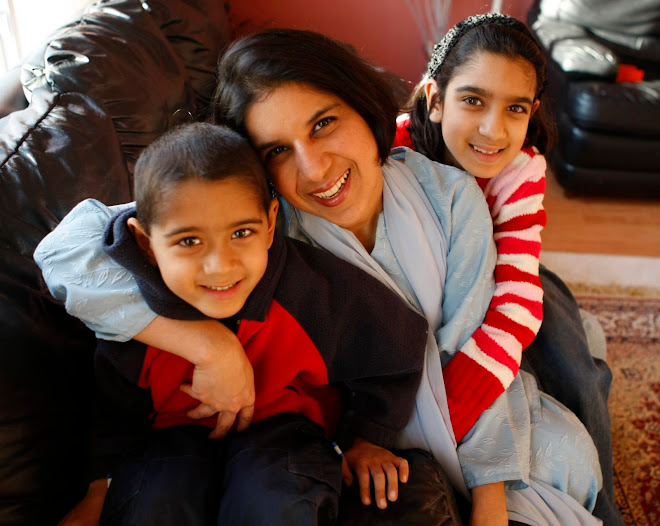